The Llangollen Railway Society faced a tricky problem in its restoration of the line into Corwen Station. It needed to infill a narrow aperture piercing an embankment under a small bridge, then begin re-landscaping the embankment – initially while the bridge was still in place.

"Jablite Fillmaster was the solution. Its light weight allows easy delivery and handling on site and it was fitted into position while the bridge was still in place and being used for construction access in laying the track." 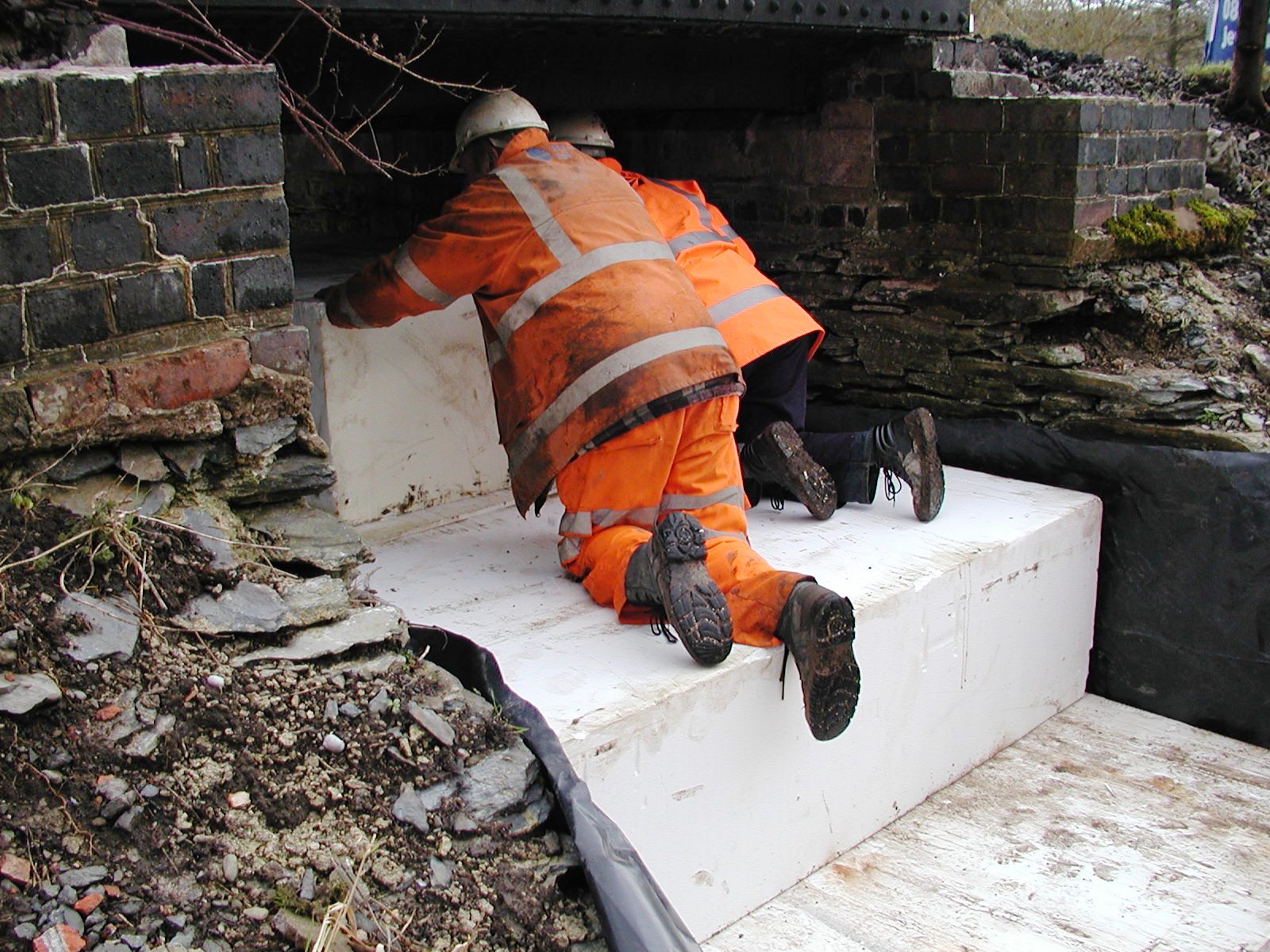 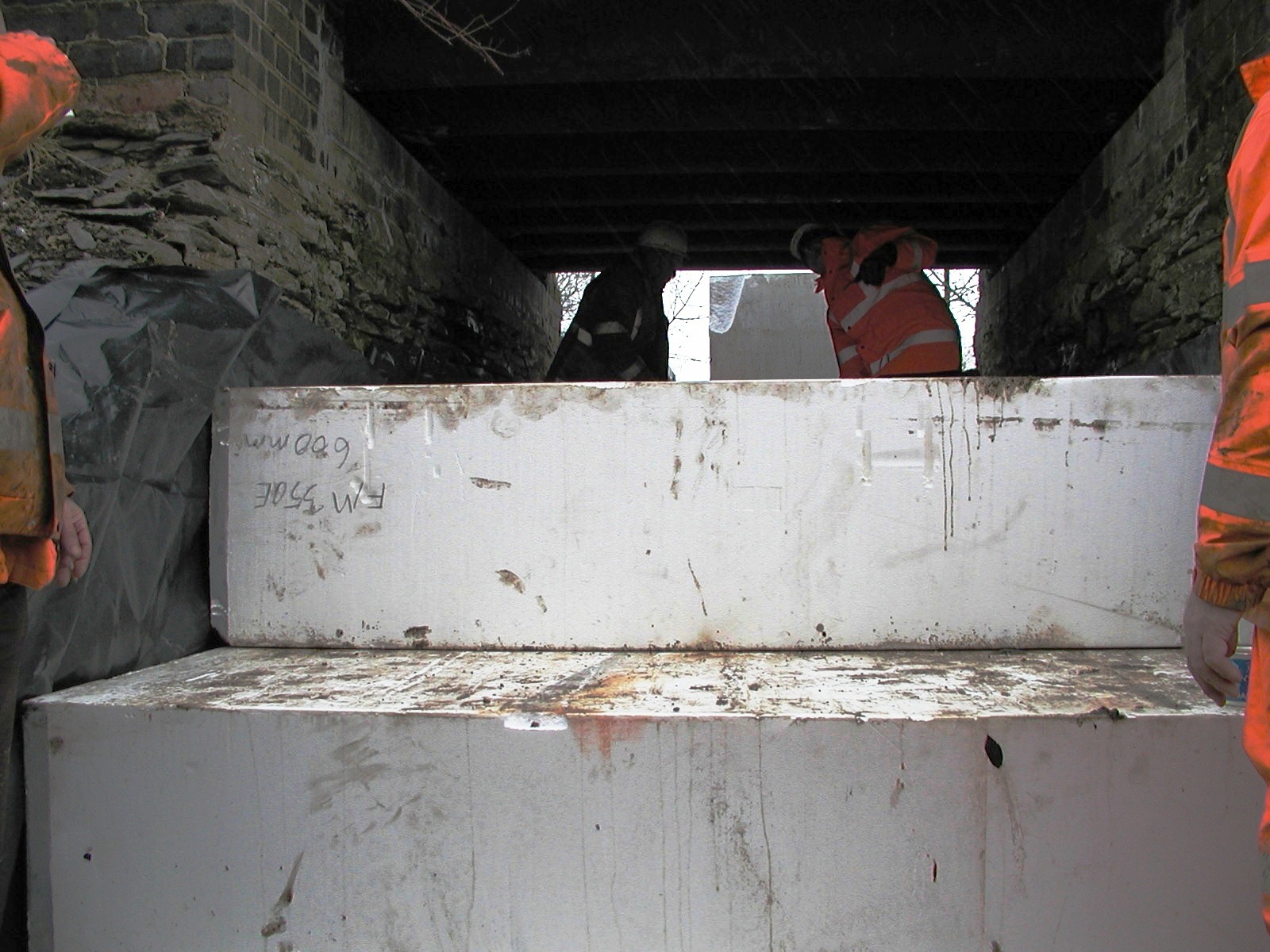 In 2015, the Llangollen Railway Society began the latest phase of its restoration of a section of the Deeside railway that formerly ran from Ruabon to Barmouth.

The Trust has been active since the mid 1970s – and by 1996 it was running heritage steam train services on a 10 mile section of track from Llangollen to Bonwm Halt in Denbighshire. In 2011 it extended the line 2½ miles westward to a temporary station outside Corwen –  trains began running on this section in October 2014.

Then in 2015, the Society started laying track another 300 yards into Corwen Station, which was being restored to its former glory. This phase involved the removal of a bridge over a narrow roadway, infilling the roadway gap and restoring embankment.

The Society’s advisers chose to use Fillmaster. Its light weight allowed it to be delivered easily on site and then fitted into position while the bridge was still in place. This was an important consideration: the bridge was needed concurrently for construction access in laying the track.

Another great advantage of Fillmaster is that it can be installed by non-skilled labour – as the Society demonstrated when it took delivery of 38 blocks in January 2016.

The ground having been prepared with a bed of sand covered by an impermeable membrane, the blocks were assembled under the bridge to fill the gap. When in position they were covered over with another membrane, in preparation for the final phase – removal of the bridge and landscaping of the embankment.

Filling in under this narrow bridge and restoring the integrity of the embankment would have been difficult – and costly – using other materials.

Jablite Fillmaster, with its superb loading characteristics, is a highly reliable material in bridge replacement projects. It’s commonly used by Network Rail in this application – it easily bears the loading of regular traffic on the busiest of lines.

Each block weighs only 83 kg and its compressive strength at 1% strain is 120 kPa. 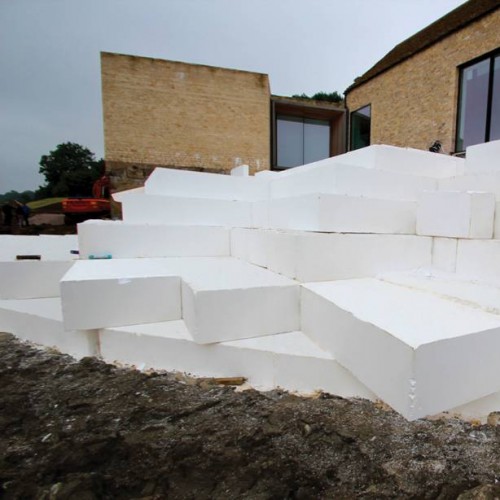 During a very wet winter, a landslip carried away a... 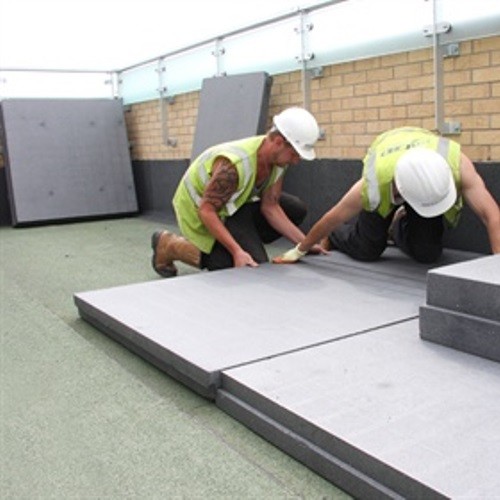